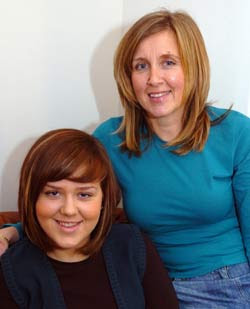 A GWENT mother who donated one of her kidneys to her daughter is supporting proposed changes to the organ donation procedure.

Mrs Fleet, who was an organ donor prior to donating her kidney, said she thinks the system of presumed consent would help the thousands of people waiting for a transplant each year.

Miss Fleet's father Mark, 47, sister Jodie, 21, and brother Joel, 18, all offered to donate their organs and were all matches, but medics chose Mrs Fleet to be the donor.

Prior to the operation, Miss Fleet had been undergoing dialysis three times a week.

The Tredegar pair underwent surgery at the University Hospital of Wales, Cardiff on December 17 and were the 100th transplant performed at the hospital in 2007.
Posted by Ryder Wave at 1:23 PM